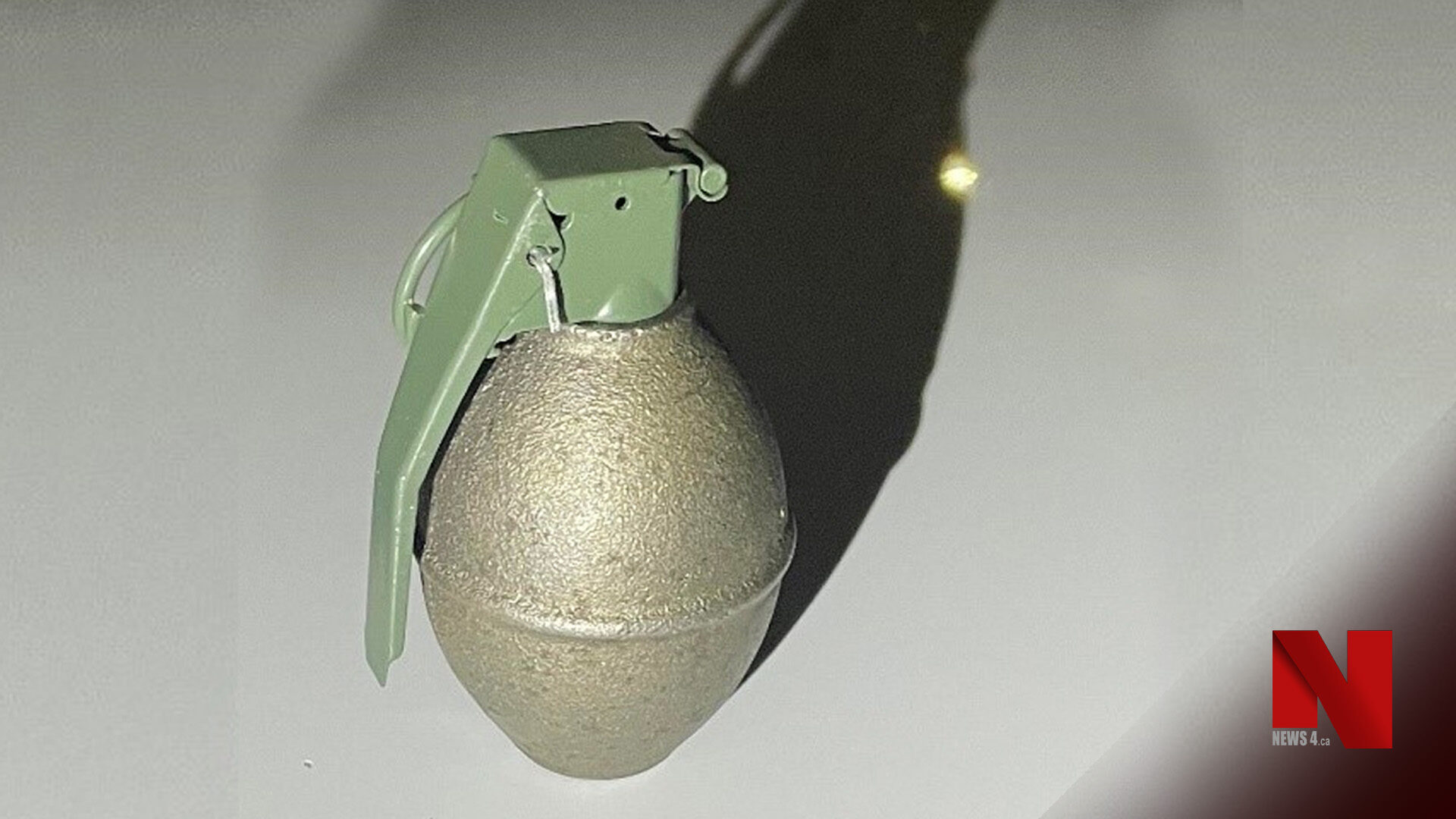 A 35-year-old male is facing weapons and other charges after he was found with a sheathed blade and a grenade concealed in his clothing.

Winnipeg police say that around 1:00 am on Monday, November 21, 2022, officers patrolling in the Weston area saw a male walking down a back lane and believe he may be armed based on the characteristics he displayed and seeing an object protruding from his waistband.

When officers found the weapons they cordoned off the area as a precaution. Although the grenade was initially thought to be live, by members of the Bomb Unit, upon further investigation it was learned that the explosive was non-viable.

Steven John Stevenson has been charged for his alleged involvement with:

He was detained in custody.